The Connection Between The "Metaverse" Concept And The Manufacturing Industry 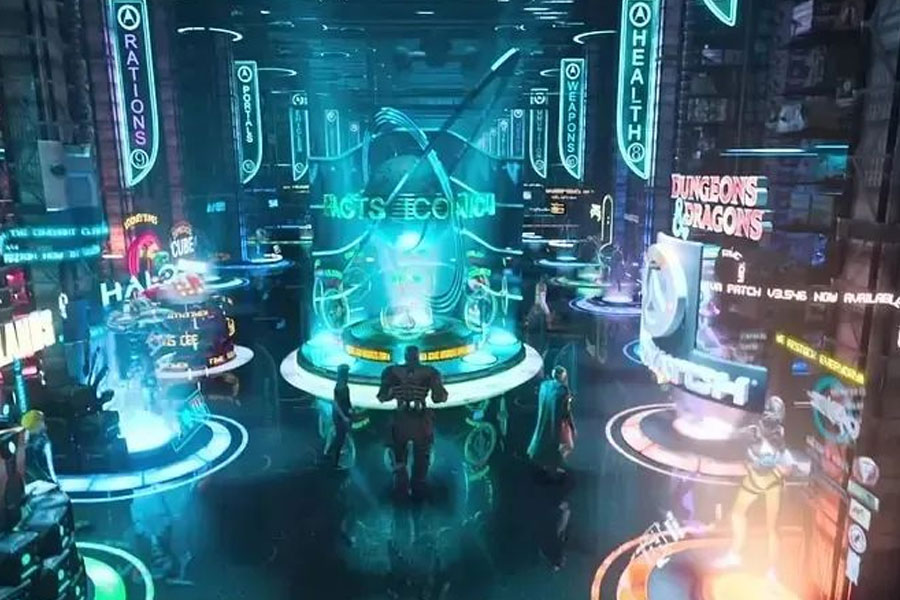 Recently, there is a word that has become popular, which is "Metaverse"

Metaverse, this English word is composed of Meta and Verse, Meta means transcendence, and verse means universe. Taken together, Metaverse is the future form of the Internet: it is a collection of virtual spaces composed of a series of augmented reality, virtual reality and the Internet. Simply put, the meta-universe is a virtual world parallel to the real world and highly interoperable with it.

In fact, the reason why the meta-universe can become popular and attract so many people's attention is only related to one thing, and that is, what is the future form of the Internet?

Ma Huateng called it the "True Internet". Ma Huateng wrote in Tencent's internal magazine "Three Views": "An exciting opportunity is coming. The mobile Internet has developed in ten years and will usher in the next wave of upgrades. We call it the True Internet." He added, "The door to the virtual world and the real world has been opened."

Liao Chunyuan, an AR scientist and CEO of Liangfengtai, calls it the "spatial internet." In the earliest days, people used computers to access the Internet, which was called the first generation of Internet; later, they used mobile phones to access the Internet, which was called the second generation of Internet, also called mobile Internet. What will you use to surf the Internet in the future? Liao Chunyuan said, "Go further down, and you will find that the mobile phone may be difficult to carry."

Is there anything that a mobile phone cannot carry?

The part that cannot be carried by mobile phones is the part of the mobile Internet that is different from the next-generation Internet. To put it bluntly, it is AR/VR. Liao Chunyuan once said: "In my personal opinion, AR is not a gimmick. In fact, it should be the next generation of computers."

AR (Augmented Reality), that is, augmented reality. It is just a technology, how can it be said that it is the next generation of computers? In fact, it is currently recognized that AR glasses are the next generation of computers and the best carrier for the future "spatial Internet". It will replace personal computers (PC) and mobile phones. What computers and mobile phones can do, it can do it. Computers and mobile phones can't do it, it can also do it, such as the convenience of freeing hands, the "immersion", "naturalness" and "sense of entry" in human-computer interaction. It can truly break the gap between the real world and the virtual world, and present virtual information in the real world.

VR, AR, MR, namely virtual reality, augmented reality, and mixed reality. This is what Kevin Kelly calls the three forms of "the matter we create interacts with us". Simply understand, VR is to use computer technology to simulate a virtual world, so that the user's senses such as sight, hearing, touch, etc. produce an immersive experience. AR superimposes the virtual world onto the real world, and emphasizes the interaction with virtual information in the real space. And MR can be seen as a hybrid of VR and AR, a more advanced form of VR/AR.

In short, the meta-universe is good, and AR is good. These seemingly tall concepts have still been unknown to many people, especially the meta-universe, people have not had time to give them a precise one. definition. It is said that the concept of meta universe comes from a novel, and many people confuse the three concepts of VR, AR and MR. But in any case, one thing is certain, that is, these concepts are all related to the interaction of virtual and real.

However, it would not be right to treat them only as a concept. Technological progress is changing with each passing day, especially in the new generation of information technology, which was regarded as a concept full of sci-fi and futuristic sense by us a few years ago, and it has already been put into use now. The so-called "the future has come" means this. Don't think that it is such a remote thing, in fact it has already appeared in our lives.

How can a pair of glasses become a production tool?

It is said to be a pair of glasses. In fact, behind this pair of glasses is an AR platform that integrates AR/AI core technologies such as 5G, spatial computing, AR cloud, natural interaction, and AR smart hardware. With the support of this platform, AR glasses as a terminal can promote AR applications in various links in the field of smart manufacturing, such as equipment installation and commissioning, production line inspection, remote operation and maintenance, product after-sales and employee training. Its core value is to improve efficiency and reduce costs.

for example. In April 2020, Valin Xianggang's quality improvement project "High-quality small and medium-sized bar and special steel production line" has entered the critical installation and commissioning stage. However, due to the impact of the new crown epidemic, the flow of personnel is limited, and the technicians are located in Germany and Austria. Unable to go to Xiangtan site for technical guidance. In order to ensure the normal completion of the project, Valin Xianggang joined forces with Hunan Mobile, Huawei, and Liangfengtai to quickly open a transnational 5G dedicated line, and for the first time in China to use 5G+AR technology to carry out transnational remote assembly.

During multinational remote assembly, Xianggang's field engineers can use the remote communication and collaboration platform HiLeia to push the first-view on-site images to engineers in Germany and Austria through the 5G network in real time. Foreign engineers rely on HiLeia's AR real-time space annotation and audio Video communication, desktop sharing and other technologies can remotely assist field engineers in the assembly work of the production line. Xianggang's on-site engineers can see the guidance information of foreign experts by wearing the HiAR G200 glasses of Liangfengtai. In the end, even though engineers have crossed three places, they are like visiting the site in person to achieve efficient and accurate remote collaboration. On June 18, the project was completed and put into production on schedule, setting a record for the shortest construction period of similar projects in China. It is understood that this 5G+AR remote assembly project not only helped Valin Xianggang "get rid of" the epidemic, complete transnational remote assembly, and help complete 90% of the production line assembly, but also increased the total efficiency of workshop production by 20%.

Note that the above-mentioned functions such as “first-view live images” and “AR real-time space annotations” are of great significance for connecting remote experts and on-site personnel and improving the efficiency of remote communication. The so-called first-view on-site image is that remote experts can see what the on-site personnel see through AR glasses, that is, the effect of "what you see is what I see". Experts can also add 3D annotations to the transmitted video images to guide the operators on site. For example, if an arrow is marked at a screw position, the on-site personnel can see the expert’s annotations in the AR glasses. Very precise reminder and guidance. It has achieved the effect that people separated from two places can communicate accurately and facilitate communication. This can be said to be a great tool for reducing business support costs for complex scenarios that require multiple parties to participate in collaboration. No longer have to worry about the problem of unclear utterance on the phone or voice, and misunderstanding of information.

Give some more examples.

In fact, not only in the steel industry, VR/AR technology is currently widely used in various industries in the manufacturing field. For example, in the home appliance industry, on Haier's industrial Internet platform, Liangfengtai's AR solution has penetrated into all aspects of Haier's factory. We know that Haier’s Zhang Ruimin has shown great enthusiasm in terms of corporate management and technological transformation of the factory. Haier has built a number of "black light factories" and implemented them within the company. Flat management, you can imagine, how could he ignore VR/AR?

On September 9, when the AR company Liangfengtai released the hardware, it also released a software application called "PinNotes". This software is different from the remote collaboration platform mentioned above, which solves the problem of connecting people. The focus of PinNotes is to solve the problem of connecting people and information. It allows users to directly paste digital information, such as IoT data such as temperature and humidity, and digital information materials such as videos, directly into the space like sticky notes. People who come to the same scene wearing AR glasses can see this information and use it to assist their work. This is a surprise to the author who participated in the launch of Liangfengtai.

In fact, in the past 30 years of the development of the digital wave, the industrial environment has become more and more crowded, the production methods have become more and more complex, and the digital information has become more massive. Now it is superimposed by the normalization of the epidemic. This raises a new problem for the industry itself, that is, how to make people work less difficult instead of superimposing in this complex environment, so that information can serve and assist people, and ultimately truly "empower people." , Rather than adding to people’s burden. This question may be answered from the new technology of AR and the new concept of "meta universe".

Link to this article:The Connection Between The "Metaverse" Concept And The Manufacturing Industry

Reprint Statement: If there are no special instructions, all articles on this site are original. Please indicate the source for reprinting:https://www.cncmachiningptj.com/ 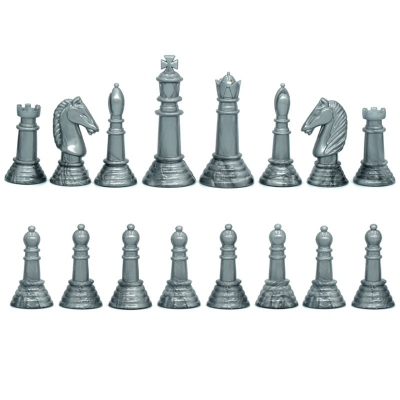 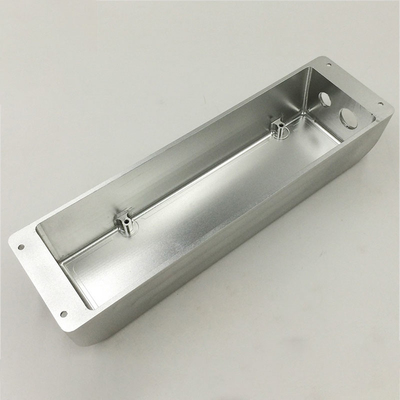 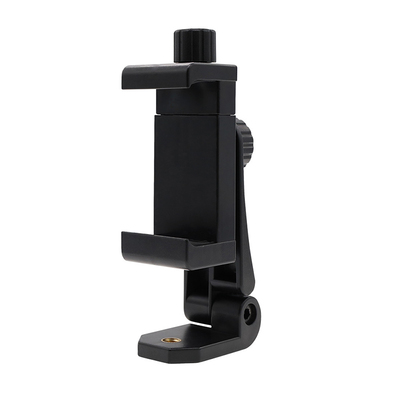