What Is Machine Tool? 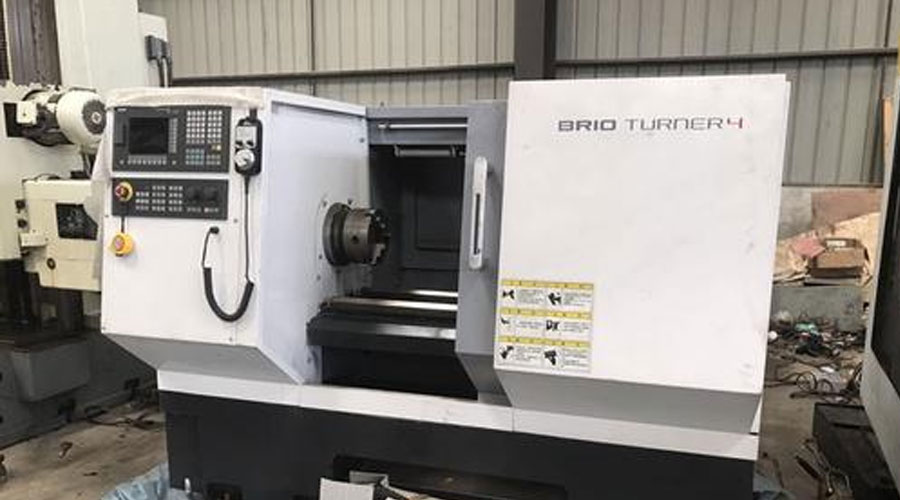 The Classification Of Machine Tools

Forging machinery. The narrowly defined machine tool only refers to the most widely used and largest number of metal cutting machine tools.

3. A brief history of the development of machine tools

The tree lathe, which appeared in more than 2,000 BC, was the earliest prototype of the machine tool. When working, pedal the ferrule at the lower end of the rope, use the elasticity of the branch to make the workpiece driven by the rope, and use the shell or stone as a tool to move the tool along the plank to cut the workpiece. This principle is still used in the medieval elastic rod and rod lathe.

In the fifteenth century, due to the need to manufacture watches and weapons, there were thread lathes and gear machining machines for watchmakers, as well as hydraulically driven barrel boring machines. Around 1500, the Italian Leonardo da Vinci had drawn sketches of lathes, boring machines, threading machines and internal grinders, among which were new mechanisms such as cranks, flywheels, tops and bearings. The "Tiangong Kaiwu" published by the Ming Dynasty of China also contains the structure of the grinder, which uses a foot pedal to rotate the iron plate, plus sand and water to cut the jade.

In 1797, the lathe made by the British Mozley was driven by a screw, which could realize motorized feed and thread cutting, which was a major change in the structure of the machine tool. Mozley is therefore known as "the father of the British machine tool industry".

In the 19th century, due to the promotion of textile, power, transportation machinery and arms production, various types of machine tools appeared one after another. In 1817, the British Roberts created the gantry planer; in 1818, American Whitney made a horizontal milling machine; in 1876, the United States made a universal cylindrical grinder; in 1835 and 1897, he invented the hobbing machine and the gear shaping machine.

With the development of electronic technology, the United States developed the first digitally-controlled machine tool in 1952; in 1958, it developed a machining center that can automatically change tools for multi-process machining. Since then, with the development and application of electronic technology and computer technology, the machine tool has undergone significant changes in driving methods, control systems and structural functions.

4. The work of the machine tool

The cutting process of the machine tool is realized by the relative motion between the tool and the workpiece. The motion can be divided into two types: surface forming motion and auxiliary motion.

The surface forming motion is the motion that enables the workpiece to obtain the required surface shape and size. It includes main motion, feed motion and plunge motion. The main motion is the motion that plays a major role when peeling excess material from the workpiece blank. It can be the rotary motion of the workpiece (such as turning), the linear motion (such as planing on a gantry planer), or the rotary motion of the tool (such as Milling and drilling) or linear motion (such as interpolation and broaching); feed motion is the movement of the tool and the part of the workpiece to be processed, so that the cutting can continue to move, such as the turning of the tool holder slide along the machine tool guide when turning the outer circle The movement of cutting is to make the tool cut into the workpiece surface to a certain depth. Its function is to cut a certain thickness of material from the workpiece surface in each cutting stroke, such as the lateral cutting movement of the small tool holder when turning the outer circle.

All kinds of machine tools are usually composed of the following basic parts: supporting parts, used to install and support other components and workpieces, bearing their weight and cutting forces, such as bed and column, etc .; shifting mechanism, used to change the speed of the main motion; feed The mechanism is used to change the feed rate; the spindle box is used to install the machine tool spindle; the tool holder and the tool magazine; the control and operation system; the lubrication system; the cooling system.

The future development trend of machine tools is:

Further application of new technologies such as electronic computer technology, new servo drive components, gratings and optical fibers, simplify the mechanical structure, improve and expand the function of automation, and adapt the machine tool to work in the flexible manufacturing system;

Increase the speed of power main motion and feed motion, and correspondingly increase the dynamic and static rigidity of the structure to meet the needs of using new tools and improve cutting efficiency;

PTJ® provides a full range of Custom Precision cnc machining china services.ISO 9001:2015 &AS-9100 certified. 3, 4 and 5-axis rapid precision CNC machining services including milling, turning to customer specifications,Capable of metal & plastic machined parts with +/-0.005 mm tolerance.Secondary services include CNC and conventional grinding, drilling,die casting,sheet metal and stamping.Providing prototypes, full production runs, technical support and full inspection.Serves the automotive, aerospace, mold&fixture,led lighting,medical,bicycle, and consumer electronics industries. On-time delivery.Tell us a little about your project’s budget and expected delivery time. We will strategize with you to provide the most cost-effective services to help you reach your target,Welcome to Contact us ( [email protected] ) directly for your new project.